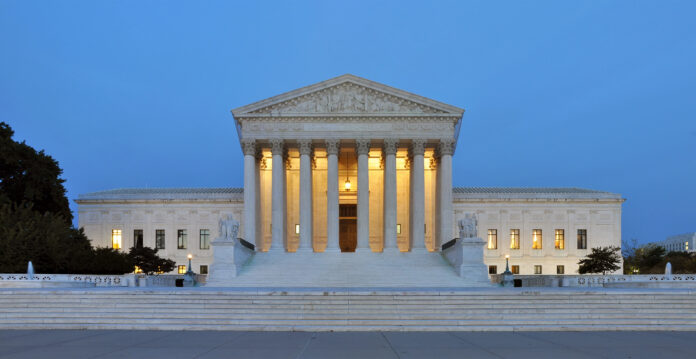 Oral argument in the United States Supreme Court may be the toughest assignment in American law. It requires weeks if not months of intensive preparation, intimate familiarity with an often sprawling paper record, and the ability to anticipate and finesse the barrage of sometimes eccentric questions from the justices.

Judge Samuel A. Alito Jr., President Bush’s nominee for the court, argued 12 cases there, losing 2. He was fully prepared for 11 of them. In his most important and hardest argument, though, he was pinch-hitting on two days’ notice.

The reviews of that argument, in 1984, were nonetheless excellent. “Disputes over the First Amendment are so important, and so often botched, that it’s always a relief to hear one argued well,” Jim Mann wrote in The American Lawyer. “Alito handled himself particularly well under questioning from the court.”

Judge Alito, then a relatively junior government lawyer, was filling in for Paul M. Bator, a deputy solicitor general who was a renowned constitutional scholar and a masterly oral advocate, after a death in Mr. Bator’s family.

“This guy Sam Alito, who I’d never heard of, stepped in just before the argument,” said the lawyer on the other side, Fredric D. Woocher. “He did a wonderful job, even though he lost.”

The case concerned one of the more difficult questions in constitutional law. What rights can the government require people to give up in exchange for federal money? The Supreme Court will grapple with the question again next month.

In the case that Mr. Alito argued, the Supreme Court ruled, 5 to 4, that public television and radio stations that received federal financing could not be forbidden to editorialize.

In a case to be heard on Dec. 6, the court will consider the similar question of whether universities that receive federal money have to allow military recruiting on campus even though they object to the military’s policies on homosexuality.

In both cases, the government took the position that he who pays the piper picks the tune.

Mr. Alito’s case, Federal Communications Commission v. League of Women Voters, had a tangled history. The Carter administration had declined to fight the suit, which challenged the ban on editorials. That administration agreed with the plaintiffs that the ban violated the First Amendment. The Reagan administration reversed course.

Still, said Bruce Fein, who was then the F.C.C. general counsel, “I thought the statute violated the First Amendment.”

The Justice Department defended the law, Mr. Fein said, only because it is charged with defending every law enacted by Congress in all but the most exceptional circumstances.

In his argument, Mr. Alito, then 33, emphasized the limited nature of the restriction and the importance of the interests it served.

The law, he told the justices, “doesn’t interfere with any expression of views, but it says that a public station using public money cannot put its official stamp of approval on any particular view or candidate.”

“If a public station wanted to have their equivalent of Eric Sevareid or David Brinkley,” he said, “I see no reason why they couldn’t do that.”

Allowing public broadcasters to editorialize, Mr. Alito went on, “creates the danger that the station will be used as an outlet for government propagandizing, and I think that one of the things that the First Amendment tries to prevent is government at any level drowning out private voices in the media.”

Mr. Woocher, in an argument that also drew praise from The American Lawyer, said the law “very straightforwardly and unabashedly suppresses speech of the highest order in our constitutional framework.”

A variation on the question presented in the 1984 case is now before the Supreme Court. A federal law known as the Solomon Amendment requires universities that receive federal money to allow the military to recruit on campus. But many law schools prohibit or limit recruiting by employers who discriminate on the basis of sexual orientation.

The United States Court of Appeals for the Third Circuit, the court on which Judge Alito sits, ruled last year that the Solomon Amendment violated the schools’ First Amendment rights. Allowing the military to recruit on campus, a divided three-judge panel held, would suggest that the schools endorsed the military’s “don’t ask, don’t tell” policy on homosexuality. Judge Alito was not on the panel.

“He came hot out of the box,” said David B. Frohnmayer, who was on the same side as Mr. Alito in a double-jeopardy case. “He got his argument out front fast, so that when he got questions he was able to hang his answers on the framework he’d set out.”

Jacques E. Soiret, who lost a Freedom of Information Act case about access to military records to Mr. Alito, said he had feared that Mr. Alito would rely on appeals to patriotism.

But Mr. Alito “argued it the right way,” scoring points on the law rather than on emotion, Mr. Soiret said. “I thought he took the high road.”

But Mr. Alito did not always make much of an impression on the lawyers he argued against. “Neither my argument nor his argument was inspired,” said Steven A. Hitov, who lost a 1984 argument over food stamp benefits. “Nor did it have much to do with the outcome of the case.”

But Cecil Davenport remembered his encounter with the future nominee in a 1983 labor relations case quite distinctly. It was Mr. Alito’s fourth argument in the Supreme Court and Mr. Davenport’s first.

“It’s the most nerve-racking, awe-inspiring situation you ever saw in your life,” Mr. Davenport, now retired to Florida, said of arguing in the Supreme Court.

Mr. Alito had not been involved in the case as it wound its way up from the lower courts, which is typical for lawyers in the solicitor general’s office. But Mr. Davenport, who described himself as “an ordinary attorney out in the sticks” of Louisville, Ky., thought his familiarity with the case gave him an advantage.

And indeed, he won the case, by a vote of 6 to 3. It was Mr. Davenport’s only Supreme Court argument and one of the two arguments Mr. Alito lost outright. He also was involved in two mixed decisions.

“I would like to say to you that it was all because I was brilliant,” Mr. Davenport said, “but it wasn’t so. He was picked to argue that case cold. He was a professional, and he came in solely to argue the case before the Supreme Court. I had the advantage of arguing it from Day 1.”

As for Mr. Alito, Mr. Davenport said, “He exhibited even then a remarkable understanding of the law.”