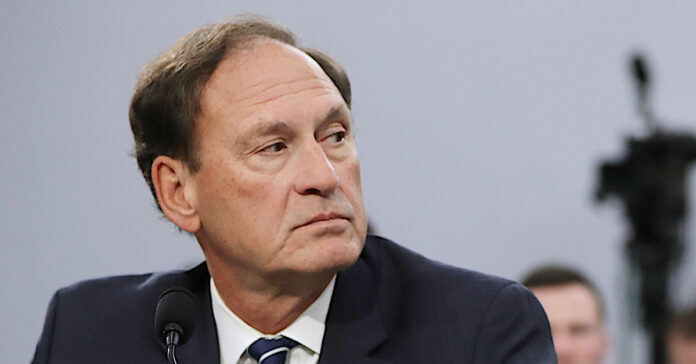 WASHINGTON Sen. Arlen Specter is a Pennsylvania Republican who favors keeping abortion legal. Sen. Sam Brownback is a Kansas Republican who wants to outlaw it. But both senators came away from meetings with Supreme Court nominee Samuel Alito reassured about his views on the controversial issue.

Specter, chairman of the Senate Judiciary Committee, said he was impressed by Alito’s respect for the right to privacy and the value of legal precedent, both factors that weigh against overturning the right to abortion. Brownback came away feeling that Alito “is open to review of cases,” something that raises the hopes of those who want the Supreme Court to void its 1973 Roe v. Wade decision that made abortion legal nationwide.

As Alito makes the rounds on Capitol Hill meeting with senators who will vote on confirming him as the replacement for retiring Justice Sandra Day O’Connor, a swing vote on abortion and other controversies he has achieved an unusual political feat.

The veteran federal appeals court judge has managed so far to impress conservatives without losing the support of moderates who disagree with them on such issues as abortion, affirmative action, the environment and the role of religion in public life all of which are likely to come before the Supreme Court. Georgetown University law professor Paul Rothstein said “everybody has a hope that he will do the right thing,” even though they don’t agree on what that is.

Alito’s ability to maintain the support of Senate centrists will be key to winning his confirmation vote, now scheduled for January.

Some leading Democrats, including Senate Minority Leader Harry Reid of Nevada and senior Judiciary Committee members Joseph Biden of Delaware and Edward Kennedy of Massachusetts, began ratcheting up criticism of Alito before the Senate left town Nov. 18 for a three-week recess.

The senators said they were troubled by the release of a 1985 application that Alito made for a Justice Department promotion in which he said he was proud of his efforts to outlaw the use of racial quotas and abortion.

So far, however, most of the more than four dozen senators representing different parties and political philosophies have emerged from their meetings with Alito convinced he sympathizes with them.

Abortion opponent Mike DeWine, a Republican senator from Ohio, said after meeting Alito that he was “comfortable” with President Bush’s choice. But so did Sen. Lisa Murkowski, an Alaska Republican who voted during the last congressional session in favor of a non-binding resolution stating that the Roe v. Wade decision was “appropriate and secures an important constitutional right.”

Sen. Ben Nelson, a centrist Democrat from Nebraska, left a meeting with Alito convinced the Supreme Court nominee would not “take a hammer and chisel against existing law.” But Sen. Rick Santorum, a conservative Republican from Pennsylvania who would like to do exactly that with some Supreme Court rulings on abortion and public prayer, said he’s leaning toward voting to confirm Alito because he likes his judicial philosophy.

Sen. Olympia Snowe, a Maine Republican who supports abortion rights, said that while Alito “did not repudiate” his 1985 job application, in which he said he was “particularly proud” of his efforts to outlaw racial quotas and abortion, he seemed “sincere” when he told her he approaches such issues differently as a judge.

Former attorney general Edwin Meese, who was Alito’s boss in 1985, argued that the views he expressed then were “mainstream.” Meese is now working for Alito’s confirmation.

Some conservative activists say they’re not concerned that Alito is winning praise from some lawmakers who disagree with them. “The more we learn about Judge Alito, the fewer reservations we have about him,” said Tom McCluskey of the Family Research Council, which opposes abortion.

Jan LaRue of Concerned Women for America, another group opposed to abortion, said she isn’t sure what Alito would do if asked to rule on an abortion case. But she added: “I do trust him to do the right thing for the right reasons.”

Critics on the left accuse Alito, a judge for 15 years on the Philadelphia-based 3rd U.S. Circuit Court of Appeals, of trying to hide his conservatism to win over the centrist senators he needs to be confirmed.

“He’s trying to give both sides comfort,” said Nancy Zirkin of the liberal Leadership Conference on Civil Rights. “There is a lot of nodding and winking going on here.”

Senators should be wary of “what seems reassuring on the surface,” says Marcia Greenberger of the National Women’s Law Center, a group that advocates for women’s legal rights, “especially when senators looking for diametrically opposed impressions claim they have received them.”

“I think someone of giant legal intellect really doesn’t make up his mind how he’d rule until he gets faced with a case,” Rothstein said.

That argument worked for Bush’s first Supreme Court nominee, John Roberts, who won Senate confirmation in September. But Rothstein predicts it may be a harder sell for Alito. Roberts replaced the late Chief Justice William Rehnquist, a reliably conservative vote. Alito would succeed O’Connor, who has often cast the deciding vote on key issues. “The heat is turned up a bit more, because this is the second one,” Rothstein said. “One (nominee) couldn’t make a cataclysmic difference. But the second one could.”