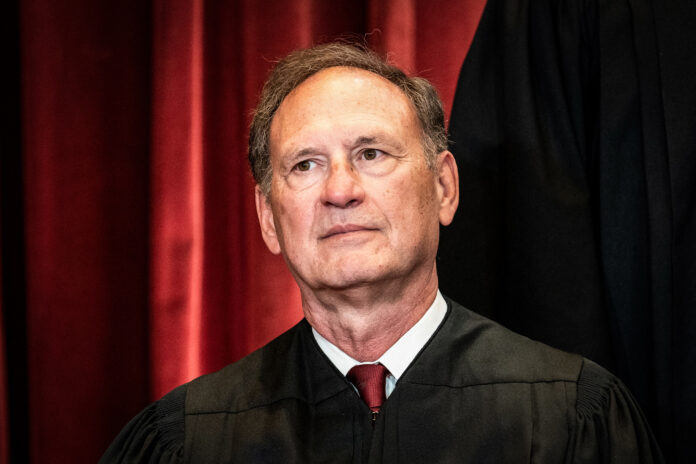 Progress for America, one of the wealthiest Republican-allied advocacy groups, plans to wage an intensive, three-day grassroots campaign to support Judge Samuel Alito before the start of his Senate confirmation hearings Jan. 9.

The group, which has spent nearly $1 million on television ads supporting Alito, will send 29 of his former clerks, personal friends, mentors and former colleagues on a 19-state barnstorm during the first week of January to build up support for the nominee.

The effort may assuage several Alito allies who say that Republican senators have not done enough to respond to criticisms of the nominee from Democrats such as Sen. Edward Kennedy (Mass.) and liberal groups such as People for the American Way, which have prompted negative articles and editorials about Alito.

The purpose of the campaign is to encourage state activists to persuade wavering Republican and Democratic senators to support Alito or to oppose a filibuster should his Senate opponents wage one.

Alito will encounter Democratic resistance next month and may face some tough questions from Republicans as well. Specter has sent letters alerting Alito that he will grill him on President Bush’s order for the National Security Agency to conduct domestic surveillance and other sensitive issues.

Chris Myers, the executive director of Progress for America, said the group will be active around the country before the hearing to reach senators while they are at home.

“We’re going to tap into the networks of operatives we have in 19 different states,” he said.

Myers said he was not certain whether his group, which vowed earlier this year to spend nearly $18 million for the battle over the Supreme Court, would air more television ads supporting Alito.

The grassroots campaign will seek to emphasize Alito’s support from people he has met across the various stages of his life, including from Republicans, Democrats and independents.

Susan Sullivan, a self-described liberal living in San Francisco, a card-carrying member of the American Civil Liberties Union and a member of Planned Parenthood, is scheduled to travel to Oregon and Nevada. She said that as a liberal she might have reflexively opposed Alito but that having served as one of his law clerks in the early 1990s and gotten to know him she is confident he will not be an ideological justice.

“I feel that I’m lucky to have had an opportunity to observe how he works,” said Sullivan, who now works as a private legal consultant. “He’s not a political ideologue in any sense.”

Sullivan said that it is clear from a study of Alito’s opinions that he does not tailor his legal reasoning to reach politically desirable result. She cited as an example Alito’s opposition to a federal law banning machine guns despite having previously served as a prosecutor and having, presumably, opposed the availability of such weapons on the street.

Sullivan said that many of the liberal-leaning people who have worked for Alito or gotten to know him feel similarly to how she does.

Daryn Demeritt, who is a member of Progress For America’s field team in Virginia, said the goal of the grassroots campaign is not to flood senators’ offices with phone calls. Rather, it is to convince influential government officials, businesspeople, lawyers and activists in various states of Alito’s merits and for them to exert gentle pressure on their senators.

Demeritt said he will arrange meetings between former Alito clerks and former and current elected officials, journalists, members of law enforcement, property-rights advocates and other influential members of the communities.

He said that in Virginia the effort will be aimed at both Warner and Sen. George Allen (R-Va.) but that it will be focused on Warner since he is a member of the so-called Gang of 14, which may ultimately decide Alito’s fate should Democrats wage a filibuster. Demeritt said that so far Progress for America has not aired any ads supporting Alito in the Richmond or Virginia Beach television markets.

Former Alito clerks who spoke to The Hill said they would emphasize the nominee’s personal side, in particular his temperament.

Hannah Smith, who clerked for Alito in 2001 and 2002 and has since kept in touch with the nominee, called him “incredibly qualified” and said that he has a “wonderful temperament” and is a “wonderful person.”

Senate observers expect the public-relations campaign between liberal and conservative groups to be compressed into the first week of January.

“You wouldn’t think that the opponents would have the bad judgment to run a negative campaign during Christmas, there would be serious risk of a backlash,” said Sen. John Cornyn (R-Texas) who has spearheaded the Senate Republican communications effort on Alito. “That gives [opponents] a few days leading up to the hearings. Then the hearings will be the focus [of public attention] and then there will be a vote. I think the opponents will find themselves in a catch-up position.”