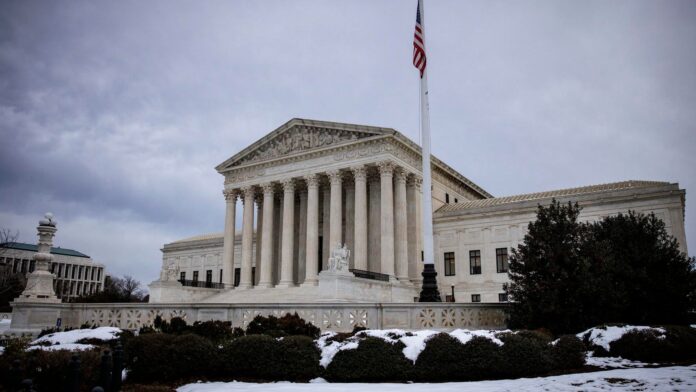 A conservative group close to the White House has decided to counter the latest round of advertising by liberal groups opposed to Supreme Court nominee Judge Samuel Alito, buying ad time in New England to support a trio of GOP Senate moderates.

Progress for America, which is run by GOP operatives who formerly worked with the White House and Congressional GOP leaders, is running ads this week in support of Alito in media markets in Rhode Island and Maine home to Sens. Lincoln Chafee (R.I.), Susan Collins (Maine) and Olympia Snowe (Maine).

Those Republicans have been the focus of late of pressure campaigns on both sides of the Alito confirmation fight, with the liberal coalition of interest groups, calling itself IndependentCourt.org, also targeting Chafee, Collins and Snowe with its current ad campaign.

Both sides are in a final push of advertising in these key states as they prepare to come down off the air for a roughly two-week holiday stretch. The air wars could resume again shortly before Alito’s confirmation hearings begin on Jan. 9.

Progress for America also is targeting Sen. Ben Nelson (D-Neb.) in its four-day campaign this week. Nelson, who was a leader of the “Gang of 14” that averted the parliamentary showdown over judicial filibusters, has voted for all but one of President Bush’s circuit court and Supreme Court nominees.

The state-based ad campaign by Progress for America makes up about half of its budget in this week’s $150,000 campaign, with the other half of the funds going toward cable stations in the District of Columbia an effort to influence Senators during what is likely their final week in Washington this year.

“Coming in the waning days of the Senate’s session, this ad solidifies the momentum toward Judge Alito’s confirmation that began when he was nominated just six weeks ago,” said Brian McCabe, PFA’s president.

Alito, a judge for the 3rd U.S. Circuit Court of Appeals, is expected to be back on Capitol Hill this week after having already met with 66 Senators so far.

Opponents of Alito have been fighting a two-pronged battle, pressuring Democrats to launch a filibuster of the nomination while also hoping to persuade GOP moderates such as Chafee that Alito is too conservative for the lifetime appointment to the high court.

Chafee finds himself in the trickiest political position, with a conservative challenge for the GOP nomination in a September 2006 primary. A vote against Alito would further enflame conservatives, who are a big bloc within the state’s relatively small GOP primary electorate.

On the other hand, a vote in support of Alito might hurt Chafee’s general election prospects.

One of his Democratic challengers, ex-Attorney General Sheldon Whitehouse, issued a challenge to Chafee last week that he should not only oppose Alito but also support a filibuster.