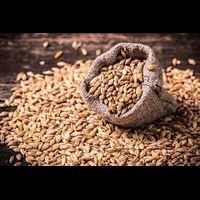 The most popular cereal grain in the beer-making industry is barley. But before barley grain can be used in beer making, it needs to undergo a malting process. This process helps in moisture stimulation and the natural germination process in the grain.

Malted barley is why beer gets its color, sweet malty flavor, protein, dextrin, etc. Hence, barley’s role is crucial in beer making. It is equivalent to the same role that grapes have in winemaking. The malted barley is available in various hues, flavors, and degrees of roasting that affect beer’s taste and color. Even barley malt flakes give a unique aroma and flavor to the beer.

Malted barley is a type of barley that’s fermented in alcohol. It modifies grain proteins and starches due to the enzymes, and hence, releases fermentable sugars. The malted barley is the reason why beer has its hue and flavor. Therefore, it is a valuable ingredient in the process of beer making.

How is High-quality Malt Barley Harvested?

According to the malt review, barley has to be of high quality to impart the best flavor to the brew. Without high-quality malt barley, it gets difficult to meet the high demands of the beer industry worldwide. So, it is clear how significant this ingredient is.

Barley should meet specific criteria for making it suitable for the malting process. The manufacturers need to analyze barley during harvesting. At this time, manufacturers have to check its quality in terms of different levels of protein, moisture, fibers, starch, etc.

Why it’s essential to know the quality of barley at the time of harvesting? Well, barley growers are paid a good amount on offering high-quality malted barley that has the given characteristics:

Producing barley with such characteristics needs a professional approach. It begins right from seeding to fertilization and the use of technology for monitoring production stages. That’s why barley growers use advanced tools and devices to trace quality throughout the process. It has become easier to produce a high-quality crop in large amounts with precision and technology in agriculture.

Protein is the very first constituent developed at kernel development. In simple words, the higher the protein in barley, the lesser the starch will fill the kernel. Due to this, there will be enough starch needed for fermentable extract. There must be balanced protein content – not too high or too low.

So, how does extract impacts beer? Well, beer’s flavor, body, and foam are affected by the extract. The low malt extract results from:

Even the amount of extract of Chit barley malt is essential from an economic standpoint. The lower extract results in the brewer requiring more malt for producing the same beer quantity. The production process consists of quality barley, brewing efficiency, and extract levels.

Besides the extract levels, the protein content in malt barley contributes to the final hue of the beer. It even helps in the fermentation process. High protein content also results in a phenomenon known as the haze. It is a clouded packaged beet that certain brewers do not like.

So, now that you are aware of the importance of high-quality barley in beer making, you must invest in premium quality. Always use the latest technology to enhance the quality of beer. It even actively monitors its supply chain at the field level. This is how you have to consider the importance of barley for brewing.